Get a free consultation 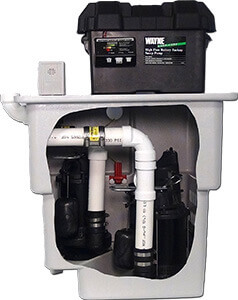 Our are widely-used to get or remove water which has built up inside a water collecting sump basin. It's usually found in the basements of houses. Water from the basin might go in by way of the perimeter drains of the basement's waterproofing system. The water might be funneled into the basin because of natural ground water or rain. Sump pumps are generally used where basement flooding occurs fairly often and to provide solutions in locations where the water table is located over the home's foundation.

The Basement Doctor WV makes use of the 1/2HP sump pump, rather than the "standard" 1/3HP pump that most other companies in the industry use. We also offer affordable and reliable battery backups and water alarms. We provide sump pump system installations in: Parkersburg, Ravenswood, Charleston, Huntington, Scott Depot, Morgantown, Fairmont, Clarksburg, Weston, Wheeling, Beckley, and surrounding areas of West Virginia, Kentucky, and Ohio.

The basement sump pumps and crawl space sump pumps carry water from the house to places where it is no longer a problem, like a dry well or perhaps a municipal storm drain. The pumps could discharge to several sanitary sewers in various setups. While often regarded as acceptable, this practice could go against city bylaws or the plumbing code, because it could cause issues in the city sewage water treatment system. Cities do encourage homeowners to remove and reroute the pump's discharge so it will be kept far from sanitary sewers. Penalties and fees might be enforced on people who don't comply. A lot of homeowners end up with their sump pump's configurations and are not aware that the pump discharges into the sewer line. The pump is most likely going into the sewer if the discharge is attached to the laundry sink inside the basement.

Sump pumps are usually hardwired into the electric system of a wide range of houses. Often, they could be set up along with a battery backup sump pump which will switch on in case the electricity goes out. The home's robust water supply can power a number of pumps, doing away with the use of electricity and opting for potable water, clearly making these pumps more expensive in use than electrical pumps and produce more of a water disposal issue. You will find generally 2 types of sump pumps, specifically submersible and pedestal. The pedestal has its own pump motor mounted on top of the sump. There, it is much easier to service and also fairly simple to see. With submersible pumps, the motor is entirely connected within the sump, and is carefully covered to protect against electrical problems.

Please Contact The Basement Doctor WV (formerly Crawl Space and Basement solutions) at 1-877-620-8165 or using our online form today for more information about our basement and crawl space sump pumps. We look forward to helping you in the near future!

Average rating for Crawl Space and Basement Waterproofing Solutions | Basement Doctor of West Virginia is 4.96 stars of 5 stars - based on 112 reviews

What Problem Are You Having?

Check out our Case Studies 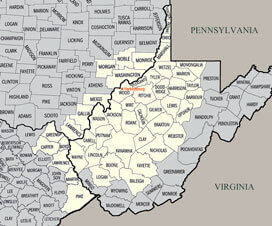